PFS/SIB are new mechanisms that seek to transform public services to a more outcome-oriented approach.
From the standpoint of an organization that has led the way in the adoption of PFS/SIB in Japan, SIIF is not only involved in creating model projects but also aims to achieve a paradigm shift in the delivery of public help by sharing knowledge and submitting policy proposals.

What are PFS and SIB?  PFS/SIB mechanisms

Pay-for-success contracts are agreements for outsourcing administrative services to the private sector under which the final payment of commission is linked to the success of the project. SIB is an abbreviation of Social Impact Bond, and refers to external provision of funds from the private sector accompanied by pay-for-success contracts with the private sector. As of 2019, 137 such SIBs had been established, primarily in the United Kingdom and the United States, representing a total investment of approximately ¥40.8 billion. A wide range of fields has been targeted, centered on areas where social problems need to be resolved, such as support for finding work, support for the destitute, and healthcare. 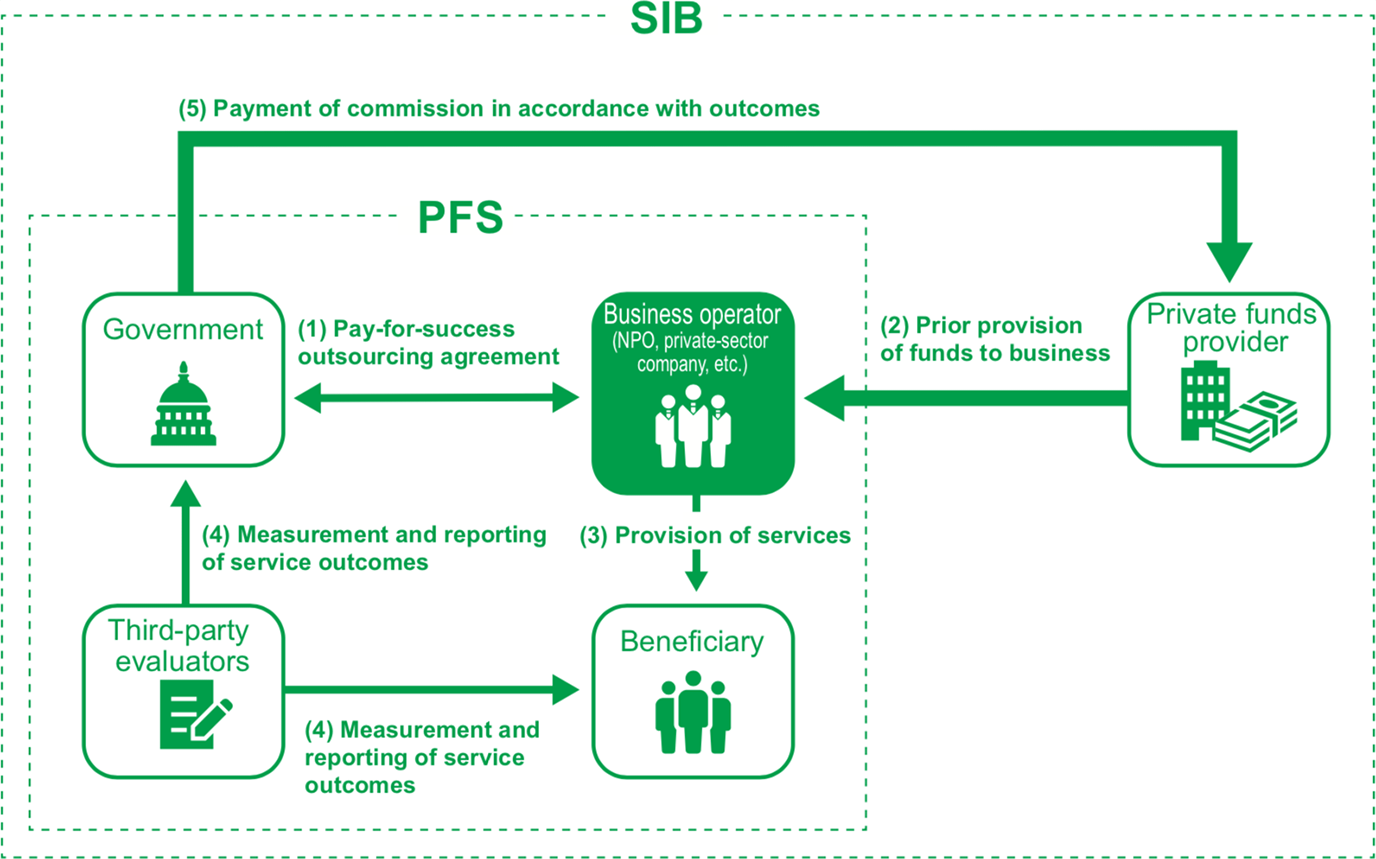 The first full-fledged projects were those created by the cities of Kobe and Hachioji in 2017. By 2019 around 20 PFS/SIB projects had been created, primarily by local government bodies nationwide, representing a total investment of approximately ¥900 million. SIIF was involved in the creation of three of these 20 projects, and in the provision of funds for eight. 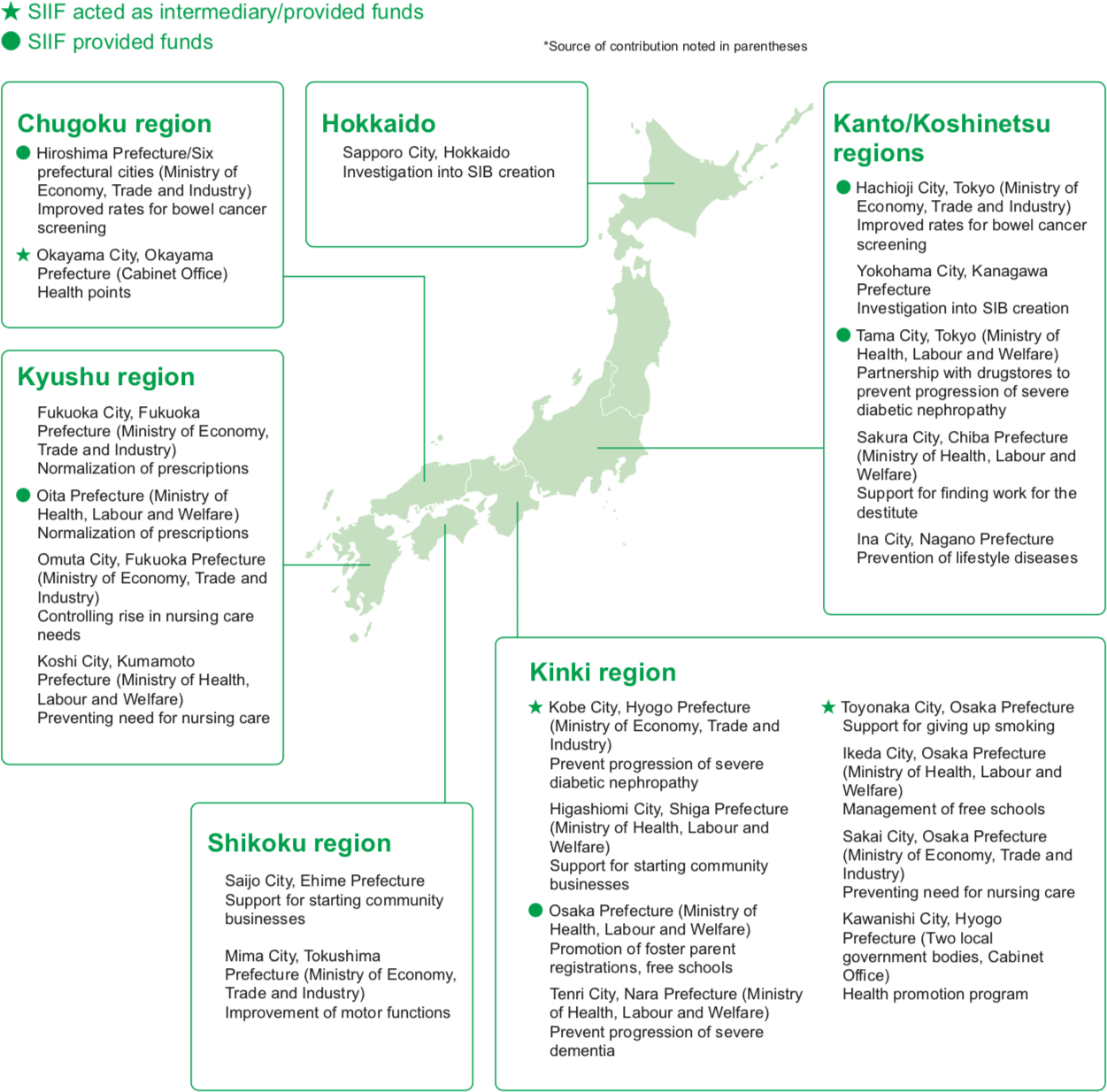 In cooperation with Mitsubishi UFJ Research and Consulting, SIIF has made two reports on SIBs available online .